In our October newsletter we ran an article that outlined the proposed tax law changes related to the Build Back Better Act (BBB) released by House Ways and Means in mid-September. On October 28, 2021, the House Rules Committee released a revised version of the BBB. These changes still need to be voted on by the House before it is sent to the Senate, and further changes are anticipated as the bill is considered by the Senate. Following is a quick summary of what provisions are still in the BBB and what provisions are no longer there as of October 28, 2021.

The following provisions remain in the BBB:

Provisions added to the October 28th version of the BBB

The following provisions are NOT in the October 28 version of BBB:

Again, these are not likely to be the final provisions, but we find it interesting to follow the evolution of the BBB. In fact, a November 4 release introduced additional changes we have not had opportunity to study yet, and a House vote is anticipated on November 12, 2021. Stay tuned for next month’s updates! 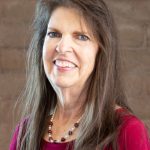