June 5, 2020 - Congress recently passed legislation to loosen some of the restrictions that came with the popular Payroll Protection Program (PPP). The president signed the bill today.

The new law runs only about 1,000 words, but contains several major changes that vastly extend the terms of the program:

More guidance and clarifications are likely to come. Until then, loan recipients may want to check AICPA guidance or the bill itself.

Meanwhile, loan recipients planning to submit forms for loan forgiveness should tread carefully. It may take some time for the Small Business Administration to update its form to align with the new, more flexible terms.

R&A’s advisors are available to help you understand how these changes may affect you. 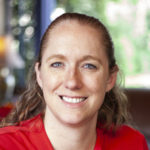 Allison and her team provide a comprehensive suite of outsourced accounting and financial services to clients. Prior to joining R&A in June 2018, Allison worked in the nonprofit sector for thirteen years. Her experience also includes more than ten years of teaching at the university level. Allison holds a bachelor’s degree from the University of Chicago and master’s degrees in social work from Eastern Washington University, business administration from Gonzaga University, and professional accounting from Colorado State University. Allison is an avid basketball and baseball fan who also enjoys travel, home improvement, and spending time with her family.