What To Know About S-Corp Returns

An S corporation is a "pass-through" entity — profits and losses from the corporation are reported on the tax returns of individual shareholders who also are responsible for paying S corporation tax. The S corporation has a responsibility to file an informational income tax return each year as well as IRS forms that relate to other taxes it withholds from the wages it pays to employees, for example.

Schedule K-1, prepared by a corporation as part of the filing of its tax return, identifies the percentage of company shares owned by each individual shareholder for the tax year and must be prepared for all individuals.

A corporation or other entity must file Form 1120-S if it elected to be an S corporation by filing Form 2553, Election by a Small Business Corporation, and the IRS has accepted the election. An election stays in effect until terminated.

An S corporation files its annual tax return by the 15th day of the third month following the end of the tax year — generally March 15. Your business is responsible for reporting all financial activity on Form 1120-S and attaching a Schedule K-1 for each shareholder, which reports each shareholder's share of the business's taxable income so they can report it on their personal returns. The shareholders who pay tax on the S-corporation income generally are subject to the same deadline the IRS imposes on individual taxpayers, which in most cases is April 15.

If you fail to file Form 1120-S by the due date or by the extended due date, the IRS can impose penalties.

This is just a summary of a very complex process, and there may be other forms involved as well. Whether you manage an S-Corporation or are a shareholder of an S-Corporation, be sure to get professional advice to make sure you're in compliance. 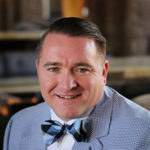