The Tax Cuts and Jobs Act of 2017 (TCJA) made major changes that affect how individual taxpayers can claim deductions. For individual taxpayers, the biggest changes were (1) the increase in the standard deduction, which significantly raised the threshold for claiming itemized deductions; (2) the elimination of some itemized deductions (e.g., moving expenses) and the higher cap on others (e.g., the jump to a 10 percent threshold for medical expenses to be deductible); (3) the $10,000 cap for state and local taxes; and (4) the much higher estate tax exemption.

The result is that only about 10 percent of American households can itemize their deductions. This may change in 2025 when some of the changes made by the TCJA are scheduled to sunset, if they aren’t made permanent before then.

The following four deductions may make it possible for taxpayers to exceed the standard deduction and itemize:

Medical expenses are deductible to the extent they exceed 10 percent of adjusted gross income (AGI). For most people, health insurance covers most of the expense, and their out-of-pocket expenses won’t meet the threshold. Some exceptions, however, may make it possible to exceed it:

Depending on your particular situation, expenses like these may put you over the threshold, either annually or in intermittent years. Keep in mind that, even with this, you must still exceed the standard deduction ($12,200 for individuals and $24,400 for married individuals filing jointly in 2019) to be able to itemize.

Depending on income and level of giving, it may be possible to take this deduction annually. Donors who don’t give enough to meet the standard deduction threshold still have options: they can make their donations every second or third year (depending on their budget), or they can contribute to a donor-advised fund, which allows donors to take a deduction in the year of the gift and designate charities as recipients later. Contact R&A if you would like more information on setting up a donor-advised fund.

It may be possible to itemize other deductions as well, including miscellaneous deductions not subject to the 2 percent AGI floor (e.g., gambling losses), interest paid for investment purposes, and Ponzi scheme losses.

Most taxpayers don’t have enough in itemized deductions to claim them annually. With good tax planning, however, it may be possible to claim them in intermittent years. R&A's tax professionals can advise and assist with your tax-planning strategies. 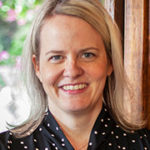 Amy leads R&A's tax department. Her focus is individual and business tax compliance and consulting with an emphasis on working with clients through all stages of their business and life. Amy's clients span a variety of fields including manufacturing, medical practices, and hospitality. She also is accredited in business valuations and assists clients in valuations for business transition planning and estate and gift planning.