What Is GILTI And How Does It Work?

Global Intangible Low Tax Income
Global Low Tax Intangible Income (GILTI) is a new tax regime under the Tax Cuts and Jobs Act (TCJA). Under this regime, United States Shareholders of Controlled Foreign Corporations (CFC) will potentially have an income inclusion based on the net earnings and profits of the CFC, less a few exceptions, which are greater than 10% of the CFC’s net depreciable assets. This income inclusion would then be taxed at ordinary rates. Since this calculation is based on the net earnings and profits of the CFC, the amount included in income of the United States Shareholder is not based on actual money received, creating the potential for a tax on income for which no money is received. While the calculation of the income inclusion is the same for all United States shareholders, there are differences in calculating the tax for an individual shareholder and a corporate shareholder.

Tax Planning
While the above is a broad overview of very detailed and complex tax law, the potential impact on your specific situation should be addressed with a qualified tax professional. Potential items to consider include:

1. Making an IRC Sec 962 election with regards to each CFC (for individual shareholders),
2. Restructuring and changing the tax classification of the CFC or other entities within the group,
3. Qualifying the earnings and profits of the CFC to fit into one of the exceptions,
4. Maximizing the foreign tax credit (for Corporate Shareholders), and
5. Creating foreign derived intangible income (FDII) (for Corporate Shareholders)

Posted in International Tax
← The 5 Biggest Surprises for Businesses Arising from the New Tax LawWill You Be Taking Advantage of the New 20% Pass-through Business Deduction This Year? → 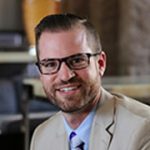 Adam specializes in international tax planning and analysis. Since 2012 he has coordinated offshore compliance submissions, international tax training relating to foreign pension plans, foreign investment in US property, and general foreign compliance. In addition, in conjunction with legal counsel, he assists international families regarding planning, entity structure, and transaction analysis.